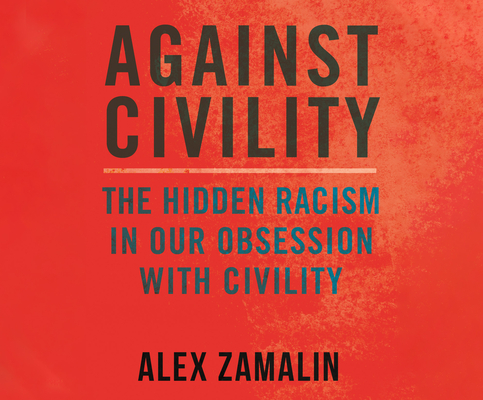 The idea and practice of civility has always been wielded to silence dissent, repress political participation, and justify violence upon people of color. Although many progressives today are told that we need to be more polite and thoughtful, less rancorous and angry, when we talk about race in America, civility maintains rather than disrupts racial injustice.Spanning two hundred years, Zamalin's accessible blend of intellectual history, political biography, and contemporary political criticism shows that civility has never been neutral in its political uses and impacts. The best way to tackle racial inequality is through civic radicalism, an alternative to civility found in the actions of Black radical leaders including Frederick Douglass, Harriet Tubman, Ida B. Wells, Martin Luther King Jr., James Baldwin, Malcolm X, and Audre Lorde. Civic radicals shock and provoke people. They name injustice and who is responsible for it. They protest, march, strike, boycott, and mobilize collectively rather than form alliances with those who fundamentally oppose them.In Against Civility, citizens who care deeply about racial and socioeconomic equality will see that they need to abandon this concept of discreet politeness when it comes to racial justice and instead more fully support disruptive actions and calls for liberation, which have already begun with movements like #MeToo, the Dakota Access Pipeline protests, and Black Lives Matter.